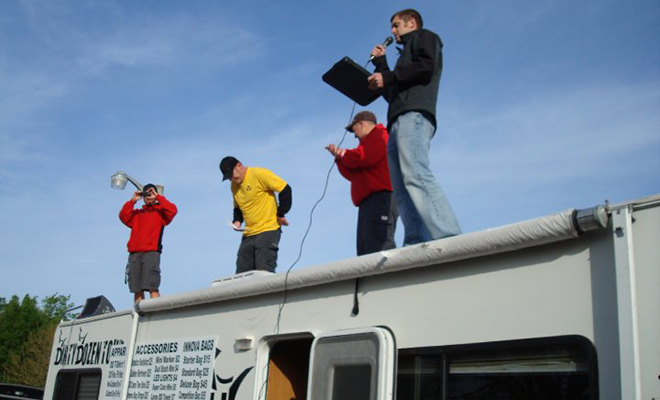 Eric McCabe and best friend Gabe Werly started the Glass Blown Open with big dreams. The first event was held in 2003 as a PDGA B-Tier that had 88 competitors. The original glass trophies were designed by world-renowned artist, Hal Berger, which added tremendous value and prestige to the young event. In 2006, Hal passed away at the young age of 54 in his sleep and passed the art of blowing the glass trophies to Brice Turnbull, who studied under Berger. Now, the excitement for the event has surpassed the hopes and dreams of McCabe and Werly. The Glass Blown Open became the largest disc golf event in the world!

In 2020, we made a change. While Emporia is widely known for glass blowing, it’s even more widely known for disc golf. Because of this, we announced that the Glass Blown Open would be known as the Dynamic Discs Open moving forward. Though the name changed, the player experience and tournament atmosphere that you love aren’t going anywhere, and we’ll continue to try to raise the bar year after year. We’re proud of the Glass Blown Open of years past, and we’re excited for the Dynamic Discs Open of the future!