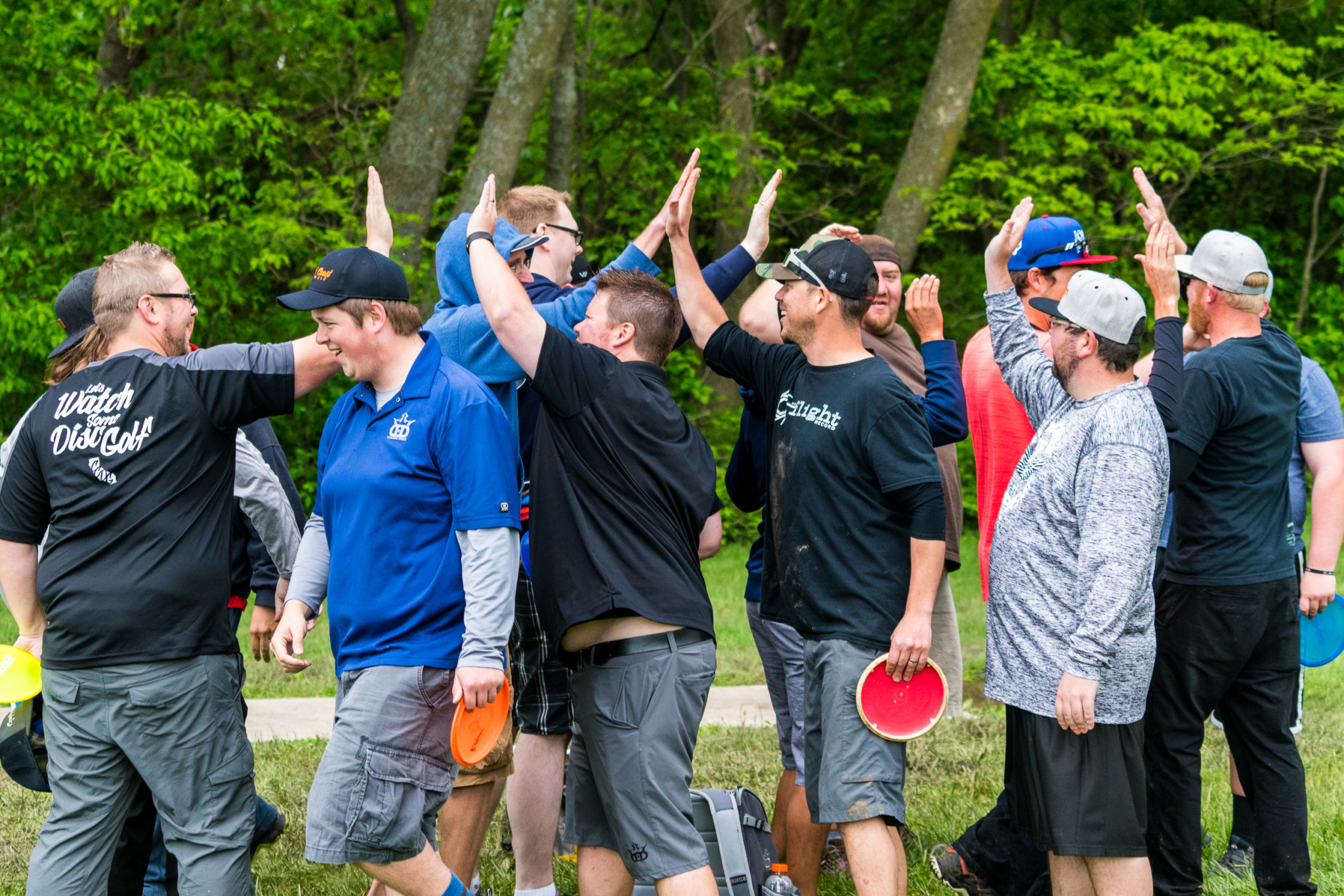 For competitors and spectators, the 14th annual Glass Blown Open came to a close on Saturday night. The traditional block party, held in down town Emporia, saw the much coveted glass blown trophies awarded to this year’s champions. There was an air of contentedness and a warm glow of satisfaction present in the crowd. People recounted tales of their highs and lows from the previous week. All marveled at how quickly the event had passed. Many were already making plans to come back next year.

If you were at the GBO, you know what an incredible experience it was. But here at Dynamic Discs, we realized there is a world full of disc golfers who, for one reason or another, couldn’t make it. We wanted everyone, here or not, to feel the full awesomeness that is the GBO. Because of that we brought in a small army of media professionals to cover this year’s event. A crew of almost 20 covered the GBO from every possible angle. Live and produced video coverage, world class photography, written stories, and an onslaught of social media posts were used in an effort to make each and every one of you feel like you were here.

This incredible crew of people worked 18-20 hour days, every day, to bring you all that is the Glass Blown Open. With that much work, there was little time for these dedicated folks to actually enjoy the festivities. That’s why on Sunday this group of hard working people let loose with a little fun on the course for themselves. They descended on Peter Pan park for an epic doubles round. Watching them enjoy themselves on the course brought home several lessons learned during the GBO. 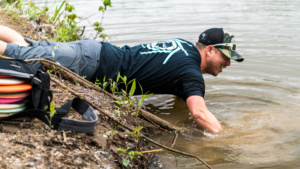 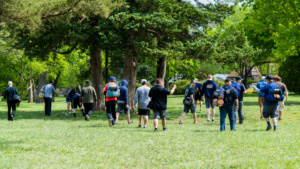 First, the disc golf community is an amazing group of people. Watching the media pros, many of whom had never met in person before, you would have thought they had been life long friends. Disc golf truly brings us all together around a common love. We saw the same thing on the courses during the tournament. People from all around the world forged friendships that will last a lifetime. 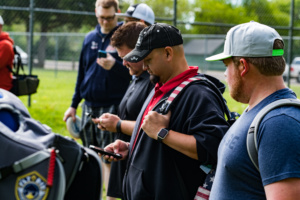 Second, people are happiest when doing the thing they are most passionate about. You would think that this media group could take an hour or two to simply play disc golf. Not so. The entire round was filmed. Hundreds of pictures were taken, and there were literally always a handful of people tweeting and posting to social medial during play. It was easy to see why this group has made the achievements it has. It is equally passionate about disc golf and their chosen form of media. This level of passion was present in every single person who came to the GBO as well. For most, this was how they chose to spend their vacation time from their every day lives. They could have been doing anything they wanted and chose to come to the GBO. That says a lot.

Third, disc golf is about fun. Whether you are a pro or an am, veteran or newbie, you play disc golf because it is unimaginably fun and addicting. The media crew definitely showed this as uproarious laughter was a constant companion through all 18 holes. If you looked closely, the same good time was had by everyone who attended the GBO. The Glass Blown Open is a mecca of fun that pops up at the end of April every year in this small Kansas town.

Lastly, there were a few miscellaneous things learned during the media round… Bobby Brown has at least one disc in his bag that is not right for him. Stu Mullenberg is fearless when it comes to retrieving lost discs. Terry Miller makes jazz hands when he putts. A group of twenty can all play in one group without anyone getting seriously hurt. It’s perfectly acceptable to yell out “Bobba Booey!!” in someone’s back swing. Johnny V has a cannon arm. Jomez Pro likes to sleep in. Disc golf is the greatest sport on earth. 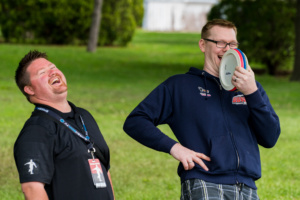 We want to thank all of the hard working media people that brought the GBO to the world. We want to thank the disc golf world for their attention. We want to thank everyone who made the trip to Emporia to play or watch. It is with fond memories and an anticipation for next year that we put a bow on the 2016 Glass Blown Open and say, “That’s a wrap!”.