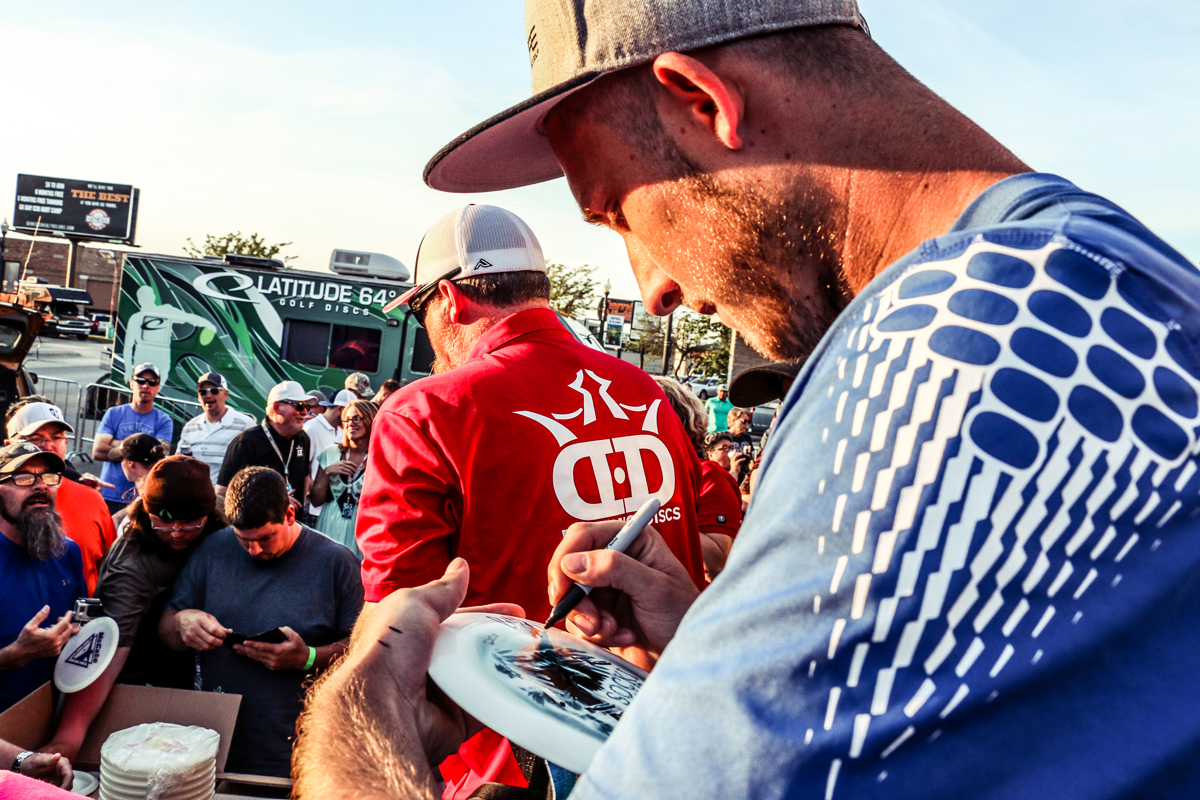 The 2015 Glass Blown Open was groundbreaking in many ways and the number of players was one of them. Ever since the first Glass Blown Open in 2003 the number of players has grown but the biggest jump was from 2014 to 2015. In 2014 the tournament had 512 competitors and jumped up to 818 competitors that embarked up on the courses in Emporia, Kansas. The entire staff at Dynamic Discs and the community of Emporia were thankful to have so many players and spectators come out to compete and have a good time.

Another groundbreaking aspect for the 2015 Glass Blown Open was the media that in place to bring the GBO experience to those that were unable to attend. It was the first event that Dynamic Discs utilized a mobile app that allowed players to have all the tournament info at hand as well as a social network that allowed anyone to connect with the event and other players.

Through the collaboration of many talented people Dynamic Discs brought the Disc Golf World coverage like they had never seen it before. Jomez Productions brought you condensed coverage of all 3 rounds for the MPO division while McFlySoHigh covered each round of the FPO division. Stuart Mullenberg was able to capture the GBO experience with photos as part of his Flight Record. DDtv worked with a local broadcasting production company to bring you live coverage of all 3 rounds for the top MPO card along with commentary by Dynamic Discs team member, Dixon Jowers and SmashboxxTV had live coverage for the MPO chase card. Each evening players and spectators were treated to a nightly wrap up show, GBO Tonight, that featured daily analysis of the rounds and interviews.

All in all with the record breaking registration and the unprecedented media coverage the 2015 Glass Blown Open was a huge success and Dynamic Discs plans to make the 2016 Glass Blown Open even bigger and better.