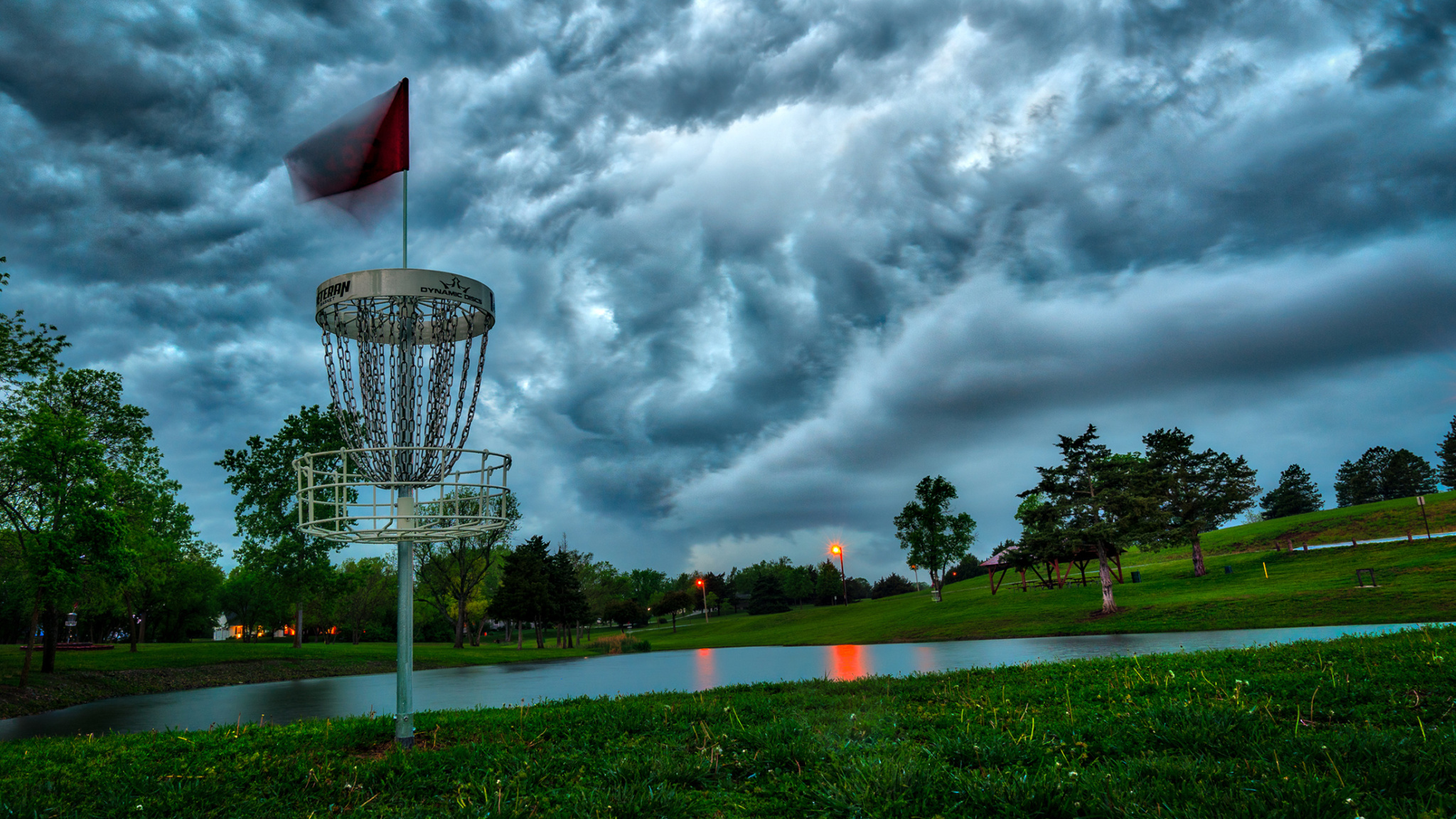 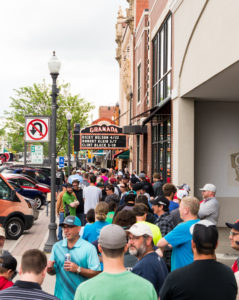 Tuesday was an eventful night here in Emporia. With a crash of lightning, the skies above Emporia opened up and released flash flood levels of rain. The 6 courses that will be the setting for the 14th annual Glass Blown Open hunkered down to brave the storm. Not only would they have to endure the overnight down pour, but they would also need to be ready for the onslaught of disc golfers the following day. Along with the weather came nearly 1,200 participants and spectators that will be part of the largest disc golf tournament in history.

Coming from all over the world, some came early to get in practice rounds. Others went to the Dynamic Discs store, and partook in some of the many events and activities that surround the GBO. Many showed up on Tuesday and Wednesday for the C tier tournaments at Jones Park and Peter Pan respectively (200 players on Tuesday and over 300 on Wednesday).

Tuesday the traditional pre GBO bowling night allowed competitors to blow of some steam. Throwing balls at pins was a welcome distraction from throwing plastic at chains. Events like this make the Glass Blown Open much more than just a tournament. It’s a place for disc golfers to gather as a community. More than a few people were overheard calling the GBO the “Sturgis of disc golf”.

The rain Tuesday night gave way to a beautiful Wednesday. The weather was clear and cool and perfect for the hundreds people that picked up their player’s pack at the historic Granada theater. The Glass Blown Open player’s pack is the stuff of legend and this year was no exception. AM players received 2 shirts, a jacket, a Mega Soft Shield, a DecoDye Ballista, and a stunning stars and stripes Commander bag. Players also got to go to the DD distribution center and hot stamp their own Dynamic Discs Defender. They will be the first people in the country to get their hands on this newly released distance driver. 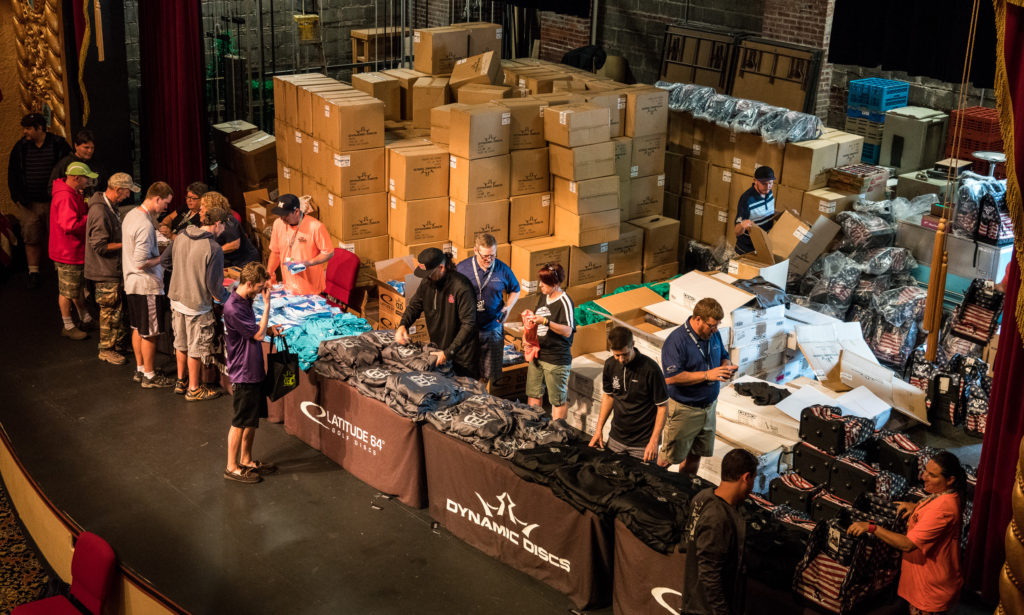 The Granada was also the scene of the first round of the legendary GBO putting competition. The event, which will culminate in a final round at the block party on Saturday, is always one of the highlights for participants and spectators alike. 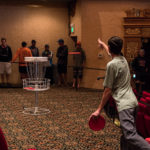 Because of the rain, the Emporia Country Club was closed to practice rounds on Wednesday. The rest of the area courses saw excessive play as everyone got in as much disc golf as they could. It’s an amazing sight to drive from course to course and see hundreds of people playing the sport we all love. If you didn’t know better, you would have thought the entire town was out playing disc golf.

Wednesday evening, the tournament had its official start with the pro panel and player’s meeting at the Granada. The owners of Latitude 64, Westside Discs, and Dynamic Discs were available for questions along with 6 of the top pros in the sport. Players from around the globe have waited all year for this moment. Emporia, KS will officially be disc golf central for the next 3 days. If you aren’t here, we wish you were. If you are, we want to extend a warm welcome.

You are the reason the Glass Blown Open is the greatest disc golf event in history.