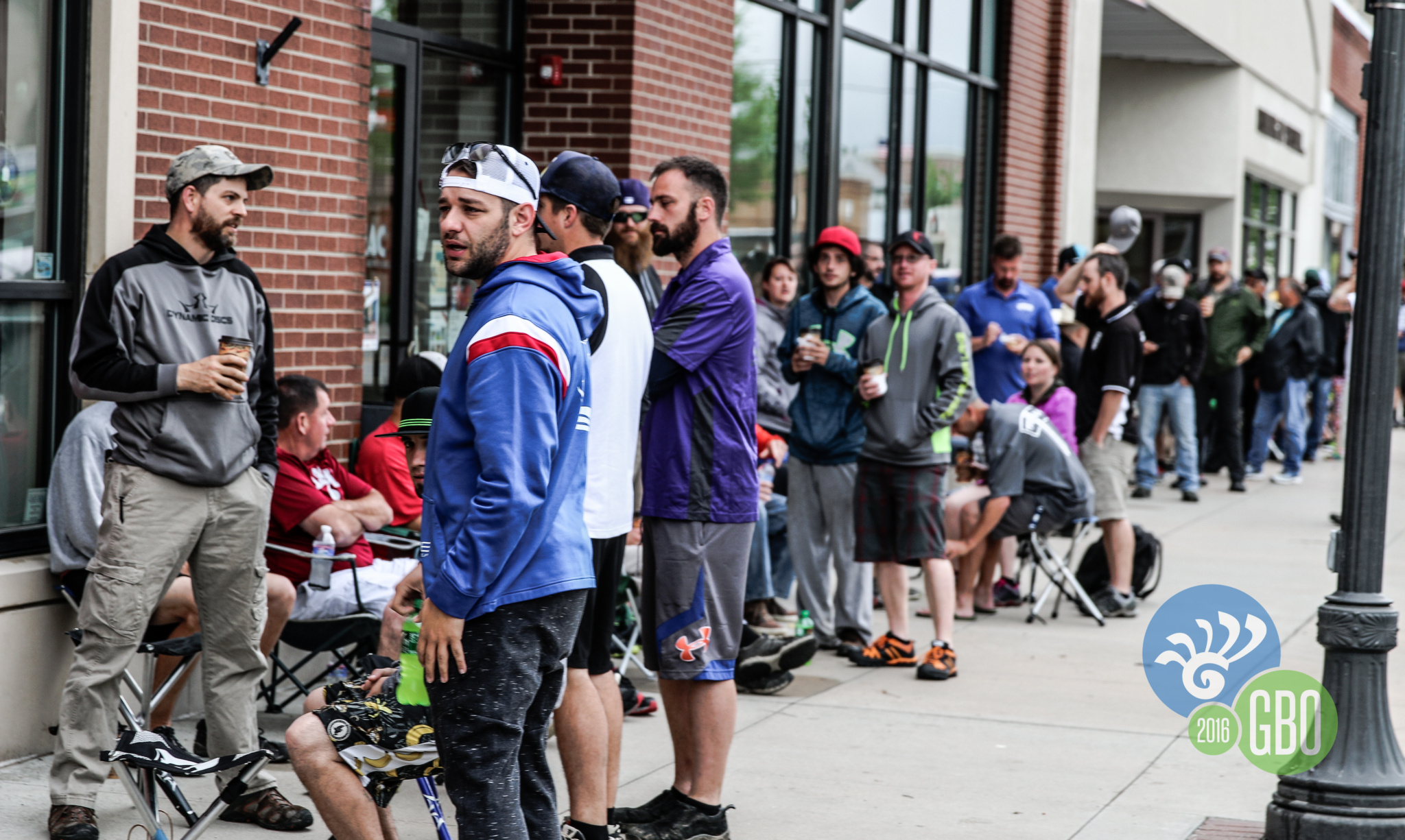 They say it’s not what you know, it’s who you know. We can think of no better place for disc golfers to get to know other disc golfers than right here at the GBO. We’ve said over and over again that it’s the people that attend this event that make it special. If you are here, you know that and you’ve already had the opportunity to meet some of the over 1,200 disc golfers and spectators in attendance.

One of the first opportunities you have to meet people at the Glass Blown Open is outside the Granada theater. While some grumble at the length of the line to check in and pick up the player’s pack, others take advantage of the time and make new friends. It’s not uncommon that the friendships started in this line to last for years to come. Let’s take a walk down the line and see who we run into!

The first person we see (and he’s hard to miss) is Brian Schweberger. Brian is a long time pro that can be seen playing in and commentating some of the earliest disc golf dvd’s. Even though “Schwebby” lives relatively close, he told us that this was his first Glass Blown. We asked why he finally decided to play and he told us, “McCabe’s been badgering me for the last ten years to come out here… I gave in.” Schwebby is playing in the Masters division this year and thinks the man to beat is Latitude 64’s own JohnE McCray. We tend to agree. 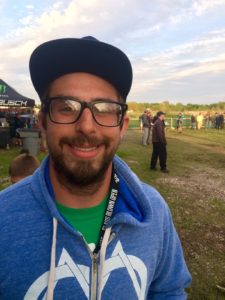 The next player we talked to was a rec player who came all the way from Bethlehem, PA, Ryan Brown. Ryan came to town with one of the more well known TDs in disc golf, Mike Solt. Also known as “Mr. Disc Golf”, Mike Solt is an unstoppable force when it comes to growing our sport. Bringing Ryan to the GBO is a great example of this. When we asked Ryan what he liked best so far, he said he loved the atmosphere of having the ams and pros mingling together. One of his goals is to watch the pros play in person after his own tournament rounds. There are few other places where he can watch the world class disc golf that happens here at the GBO. Ryan told us, “I’m really excited to come out here. I don’t need to leave here with a trophy because there’s enough experiences right now that it’s fantastic.”

Next, we ran into Mr. Alan Barker, owner of Infinite Discs. Alan drove out with 4 other disc golfers all the way from Utah and will have a booth set up at the block party. He will be showing off his new scoring and disc golf stat app. From what we saw, it’s pretty sweet! Driving out with Alan was Nick Lopez. Nick and the crew arrived on Monday and it sounded like they were having a great time. Nick talked about the differences between the courses he normally plays back home and the mix of courses here in Emporia. Nick was having a great time and looked forward to the start of the competition.

Very near Alan, Nick, and crew were two more who had come from out west, Representing the Pike’s Peak Flying Disc Club, Jeff and Kyle had come to Emporia from Colorado Springs. Both advanced players, they were “stoked to be in a city with a thousand other disc golfers”. We asked them what their goals were for the trip and both were intent on doing well in the competition. Their desire to positively represent their club back home is a common theme we hear all week long. The local disc golf club is a paragon of our sport and everywhere you look during the GBO, you see local club shirts and hats. Jeff and Kyle were here to make their Colorado club proud. They were also playing what turned out to be a very fun game while waiting in line called “spot the highest rated pro”. Kyle was currently in the lead with a JohnE McCray sighting. We didn’t have the heart to tell them we had run into Paul McBeth and already held the winning hand.

As we left the line, we spotted a lone disc golfer going through the player’s pack he just picked up inside the theater. We stopped to talk to Michael Emeric, a first time GBO attendee and rec player hailing from Canton, OH. We asked Michael what brought him to Kansas for the first time and his answer was simple and came without hesitation, “Eric McCabe”. An avid “Disc Golf Answer Fan”, Michael credited Eric for much of his growth as a player and expressed his thanks for all that Eric has done for the sport. We might be a little biased, but we agree! Michael said he was really impressed by how Emporia “put out the red carpet” for all the disc golfers. We hope you have a great time here, Michael!

A lot of people have walked in on that red carpet and we want to introduce you to many more of them. Next stop, the Swedish bonfire. We’re looking forward to meeting you there! Stay tuned as we’ll be bringing you many more stories from the People of the GBO.