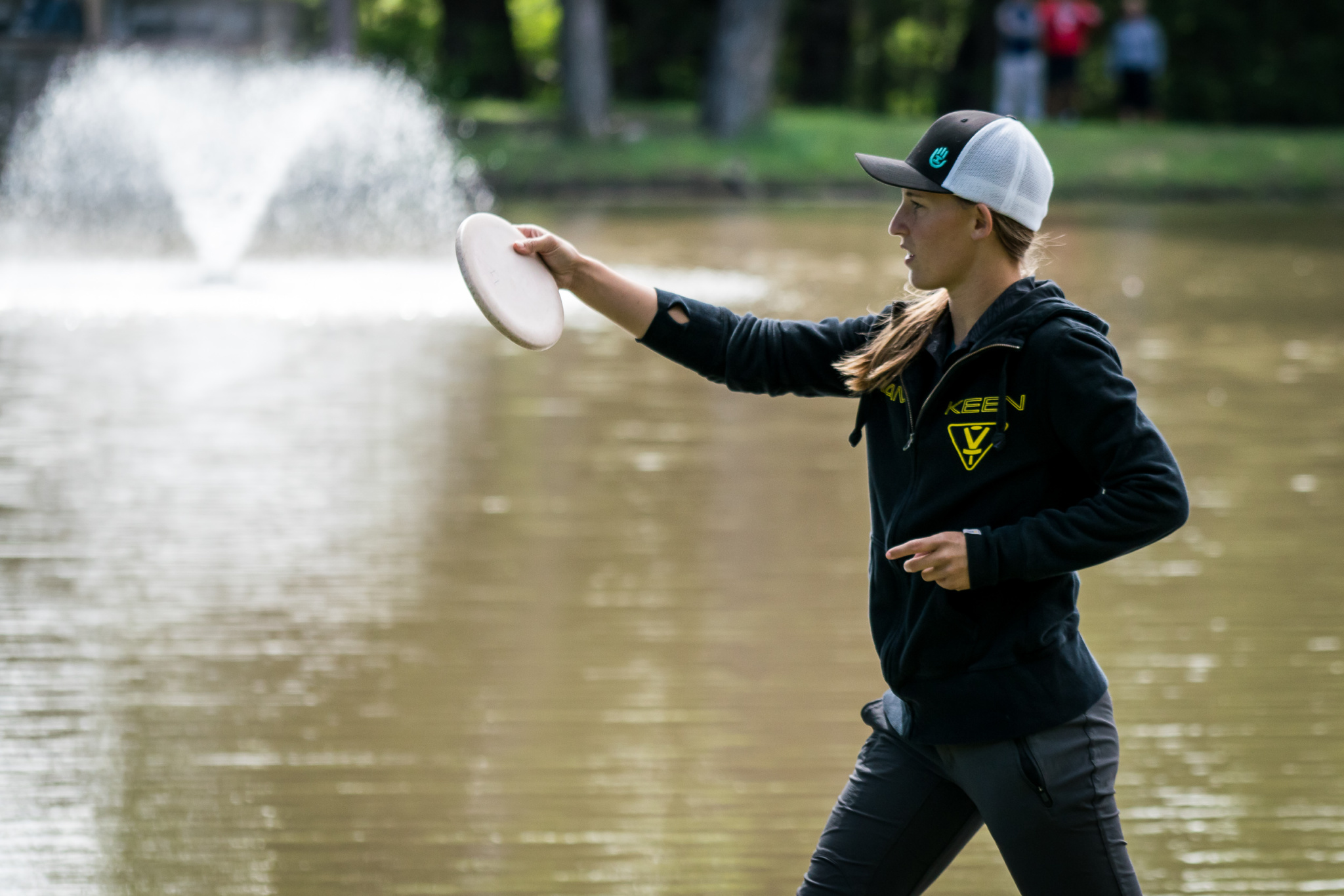 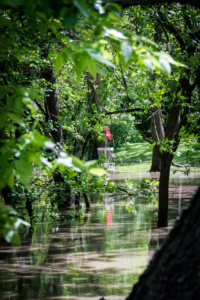 Thursday morning brought crisp air and clear skies to Peter Pan park in Emporia, KS. While the weather bore no resemblance to the storms that had rolled through on Tuesday, the park itself still showed the scars left by significant rains. Several disc golf holes that had been readied for the opening round of the Glass Blown Open were now unplayable. A stone foot bridge that had previously gone over water was now under it. Tournament officials worked hard on Wednesday coming up with plans for alternate holes. As the sun rose Thursday morning, they were back on the course making final adjustments. The GBO would begin as scheduled.

The largest disc golf tournament in history began simultaneously on a total of six courses used for the tournament. At Peter Pan, the FPO division (Open Women’s) held the earliest tee times. They would have the honor of being the some of the first to throw at the 2016 GBO. 27 of the top female disc golfers in the world took on the modified layout. Last year’s second place finisher Catrina Allen would end the day in the lead, coming in ahead of 2015’s champion Paige Pierce by 3 throws. California’s Ellen Widboom took the second spot and Emporia’s own Paige Bjerkaas finished in 3rd on the day.

It was a day of surprises in the Men’s Pro Open division. The number one rated player in the world Paul McBeth got off to a much slower than expected start. He finished in a 7 way tie for 11th place, coming in at 8 under par. This was not the round many expected from last year’s champ. Finishing in a tie for first place, long time pro Cam Todd and California player Eric Oakley both carded a -11. Canadian player Zachary Newhouse  and the #2 ranked player in the world Ricky Wysocki both came in at -10. Todd, Oakley, Newhouse, and Wysocki will make up the Open Men’s lead card with a 3pm tee time Friday at the Jones East course.

In the Master’s division, crowd favorite and Latitude 64 sponsored player JohnE McCray took the lead. He was followed closely by one of Latitude’s newest team members Patrick Brown. McCray shot a -9 with Brown trailing by 2 at -7. The Masters (40 and over) will test their skills Friday at the newest GBO course Olpe Lake. The weather is expected to be challenging with rain and high winds in the forecast. The tight OB, peninsula greens, and water should prove to be a significant challenge to this division of experience players. 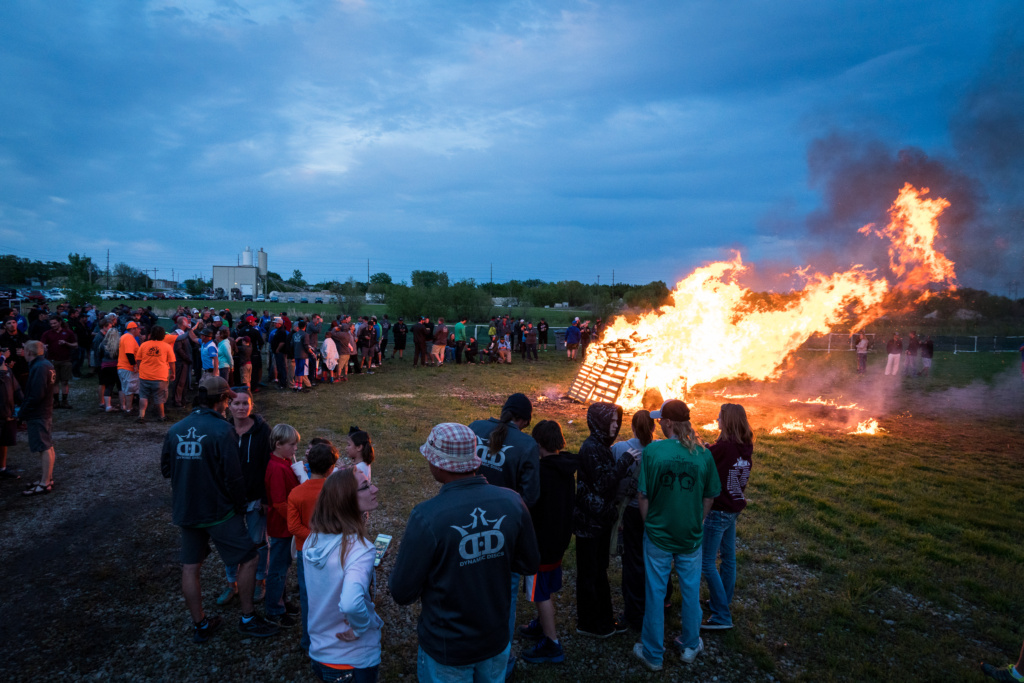 After a full day of disc golf, Thursday was capped off by a traditional Swedish bonfire. Taking place behind the Dynamic Discs Distribution center, the bonfire is an event that all of the players look forward to. Pros and ams alike gathered around the blaze to discuss the days efforts and decompress from the pressures of competition. Craft beer was served by Radius brewery, always a crowd favorite. Rounds of night golf were played on a unique glow course set up by DG Nomad. In front of the building, Terry “the Disc Golf Guy” Miller and Johnny V broadcast their daily tournament recap on SmashboxxTV live. After a full day of disc golf, a full evening of activity was enjoyed by many. It’s these types of festivities that make the GBO unique among disc golf tournaments.

Day one is in the books, we’ll see you all out on the course for what is sure to be an exciting day two!